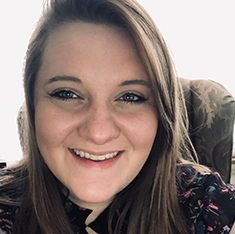 Carly Smith originates from Ringgold, Georgia, where she began playing piano and guitar starting at the age of 12. She currently lives in Murfreesboro, Tennessee, and is in the master’s degree program at Middle Tennessee State University for Recording Arts and Technologies. She also holds a Bachelor’s degree in Piano Performance from Jacksonville State University, where she got to perform at various events including marching in the 75th Anniversary of Pearl Harbor in Hawaii. Her biggest musical influences are The Beatles, Billy Joel, and Elton John. Carly enjoys playing local shows, writing original music, and playing with her two dogs!