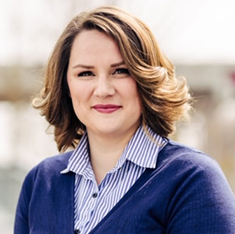 Sarah grew up in a small town in Oklahoma and loved singing, dancing and playing the piano. She began piano and voice lessons at the age of 8 and competed in local, state and national talent competitions.

As she grew older, Sarah realized that music was a passion and decided to pursue a degree in vocal performance.
Throughout college she participated in local and university musical theater groups; performing lead roles in musicals like, Seven Brides for Seven Brothers, Clue: The Musical, Pump Boys and Dinnettes, and Damn Yankees, as well as, opera productions of Cosi Fan Tutte  and Don Giovanni.

In 2006, Sarah earned her Associates in Music at Northern Oklahoma College, where she was part of the traveling performance group Roustabouts and select choir, Madrigals. While there Sarah continued her piano study with Linda Fiscus and vocal instruction with Shannon Bradford.

In 2007, Sarah began teaching beginning piano and voice lessons in her hometown while preparing applications and audition material to pursue her Bachelor’s degree. She had a small studio of 4 students ranging in ages from 8 to 12 years old. This was an experience she cherished, because it gave her the opportunity to share something she loved with children who were eager to learn about music.

In December 2009, Sarah received her Bachelor of Music in Vocal Performance (classical concentration) from Belmont University in Nashville, TN. While at Belmont, she was a member of the University Chorale under the direction of Dr. Jeffrey Ames and completed her vocal studies with Dr. Kristi Whitten. She continued her piano study in both group and private lessons under Patsy Wade. Sarah also received a minor in Music Business with a focus in music publishing.

Since graduating with her bachelor’s, Sarah has been a member of Nashville’s Portara Ensemble and was also the soprano soloist in Mozart’s “Missa Brevis in d minor” at Harpeth Presbyterian Church. She was also a background vocalist on a dear friend’s Christmas album, White As Snow – Quinn Erwin (2010).

Beginning in 2013, Sarah started her own music studio to give voice and piano lessons to students from ages 3 to 65. She enjoys teaching all ages, but has a special soft spot her heart for the little ones since she is a mother to two preschoolers herself. She feels this gives her advantage to how she approaches teaching for that age.

Currently, Sarah is working on her Level II certification as Vocal Health First Aider through the UK based Vocal Health Education organization and applying to Graduate School to earn her Masters in Vocal Pedagogy. In her spare time, Sarah enjoys reading, sipping on tea, and spending time with her husband and two young children.